This beach is located just 200metres walk away from our resort. The rock formation located along the coastline of the beach is unique and is what makes it different than other beaches in Pangkor Island such as the Teluk Nipah beach. Available also, are a variety of watersports activities for families alike. Pasir Bogak Beach is also accommodates the perfect spot to view the amazing scene of Pangkor Island’s sunset.

In pangkor island, pink colored taxi Vans which about 10 seated are available for most part of the day to take you around. However, please be forewarned that Pulau Pangkor Taxis have no meters, hence you should check the fare before embarking on a ride.

One of the main attractions of pangkor island, this structure is actually the remains and stone foundations of 300 years old fort builded by the dutch in year 1670. Located at Teluk Gedung, this fort was one of the dutch strongholds built to repel pirates and local malays. It was abandoned after a successful attacked by a local warrior, Panglima Kulub and his followers. In 1973, National Museum undertook the fort reconstruction.

A Taoist Chinese temple that features a mini great wall of China. Fu Lin Kong also has various Buddhist statues inside the temple and many alcoves and ponds around. Many tourists will make their wish in this temple because it is believed that wishes made at the temple will one day come true. Your trip may not complete without visit the temple.

Which literally means “Sacred Written Rock" , also known as Tiger Rock due to the etching found on this huge granite boulder. The rock measures about 10.7 m long and 4.6 m wide and stands at 4.3 m tall, and today, there is a pavillion built to shelter it. Batu bersurat is located close to the Dutch Fort, in Pangkor Island. The etchings shows the picture of a tiger carrying away a child. There are also two round-shaped leaves, and the letters "If Carlo 1743" and "VOC". The "VOC" probably refers to the Dutch East India Company. There are several theories about the inscription. 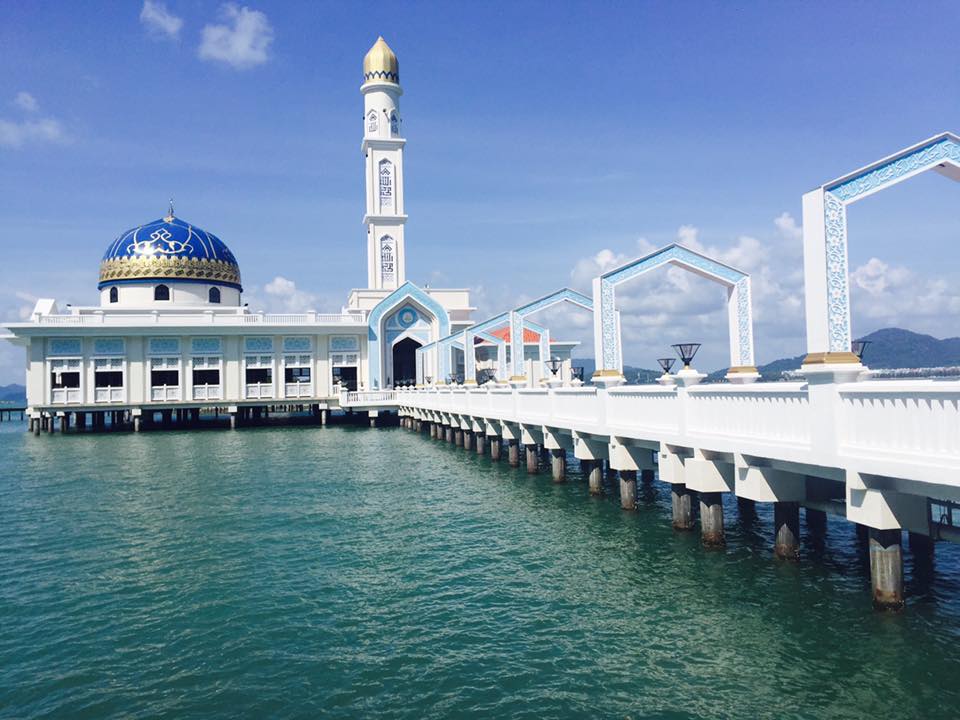 Masjid Al-Badr Seribu Selawat, located in Kampung Teluk Gedong, has been appropriately named in reference to the 1,000 prayers that have been carved on the walls and pillars of the mosque, inside and out. It was the dream project of Y.B. Dato’ Seri Diraja Dr. Zambry Abdul Kadir, the 11th Menteri Besar of Perak, who is a Pangkor boy.

Do check out our sister hotel : www.dhotel.my